One of the longest wedding traditions going as far back as the 17th century is the first dance. Different traditions come and go, but the first dance seems to be the tradition, regardless of cultural background, everyone does it. It’s the first dance as husband and wife, and it’s usually seen as the launching pad into the dancing portion of the evening… if you have your first dance after dinner.

After DJing a decade worth of weddings in Toronto, we’ve compiled a list of what generally is chosen as 1st dance songs. The list is vast, but in our experience these seem to be the go-to songs. Although Toronto is a multicultural city with over 200 cultural groups, the first dance song is usually a Billboard top 40 song, present or past.

But what makes for a good first dance song? And how do you choose the first song? Surprisingly, this is a dilemma for some couples, not all, but there are a few couples that needed suggestions. The first song for a couple should capture some of those initial moments when you first met. You want something that represents the both of you. Sometimes couples want to establish their first dance with a rehearsed routine and some will even make a mini production out of it and include props. This dance is a symbol of you and your partner going into the next chapter of your life. We’ve compiled a list of songs we’ve come across in the past 10 years from the classics to newer songs.

If you do a google search of top first dance songs, you’ll come across various lists with different themes. We’re going to put our own twist on our lists and have them edutain (educate + entertain) you. We hope you have fun with these lists and if you’re stumped for suggestions for a first dance song, maybe one of our selections will be the one for you. Enjoy. 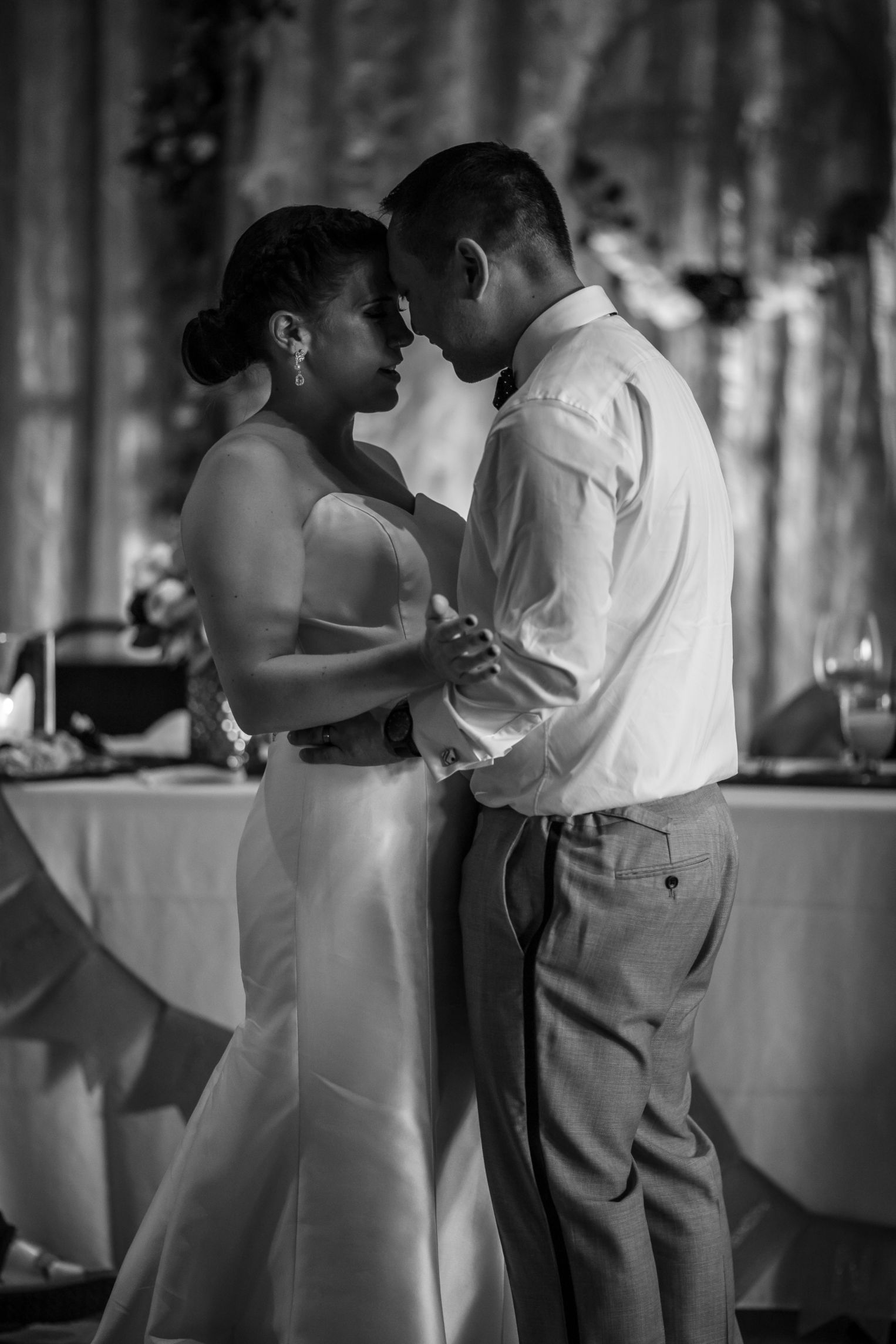 The first dance song represents the tune that bonds a couple. Some couples know their go-to song because sometimes an event or incident happened and a certain song represents or is a reminder of that time. Some couples are open and feel a song from the go-to list is fine. There are so many more, but these songs, in our experience, are some of the more commonly chosen songs for the first dance.

Wanna be that Song – Brett Elderidge

I don’t want to miss a thing – Aerosmith

Forever After All – Luke Combs

I Choose You – Andy Grammar

All of Me – John Legend 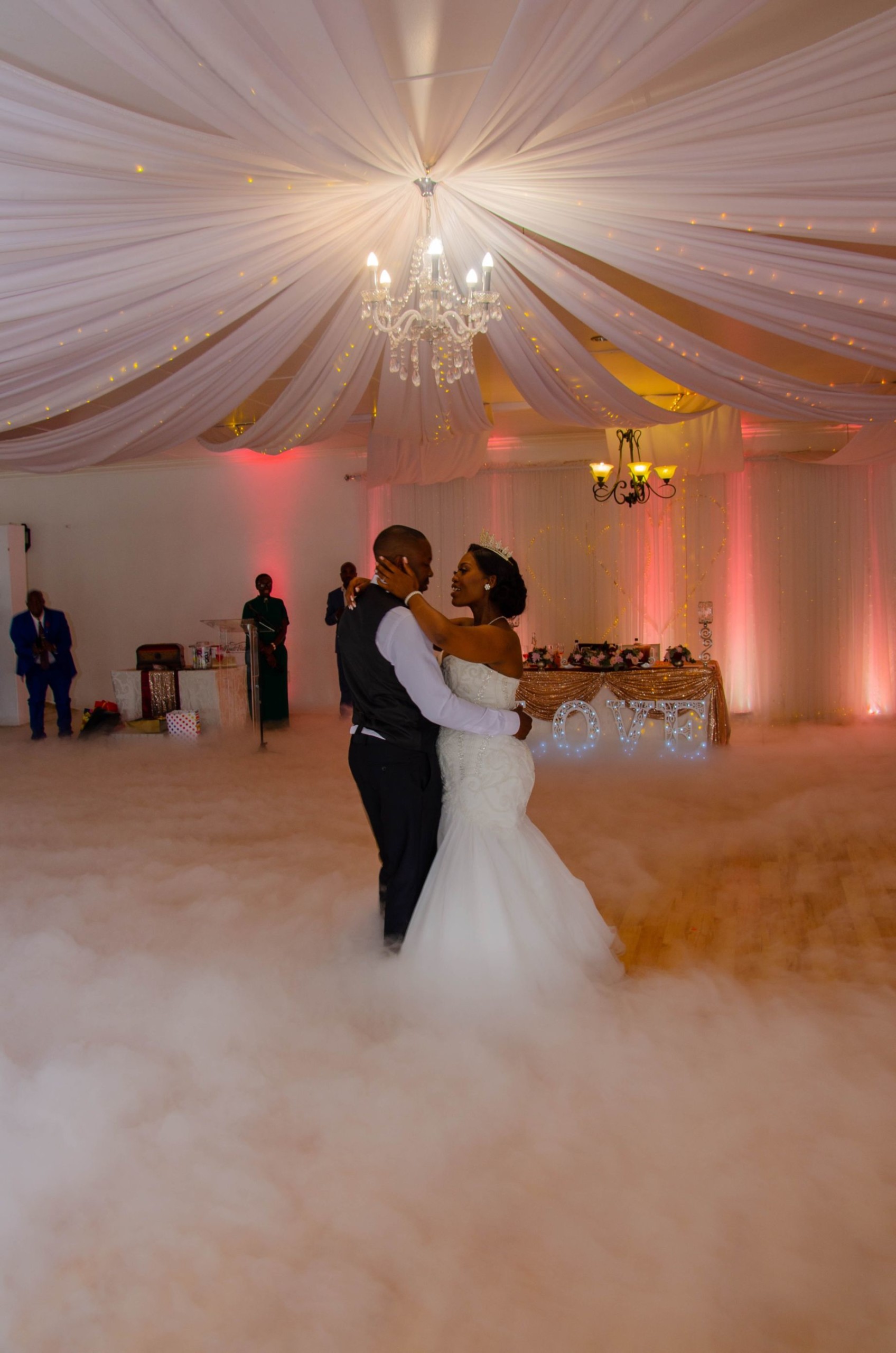 As more millennials marry, not all of them are quick to choose a modern day track. Sometimes, due to their parents, their musical palette has been curated to appreciate old school sounds. For those with an old soul that appreciates a waayback vibe, these are some of the go-to tracks that are big favourites.

That’s how strong my love is – Otis Redding

Wind Beneath My Wings – Bette Midler

How sweet it is to be loved by you – James Taylor

My Heart Will Go On – Celine Dion 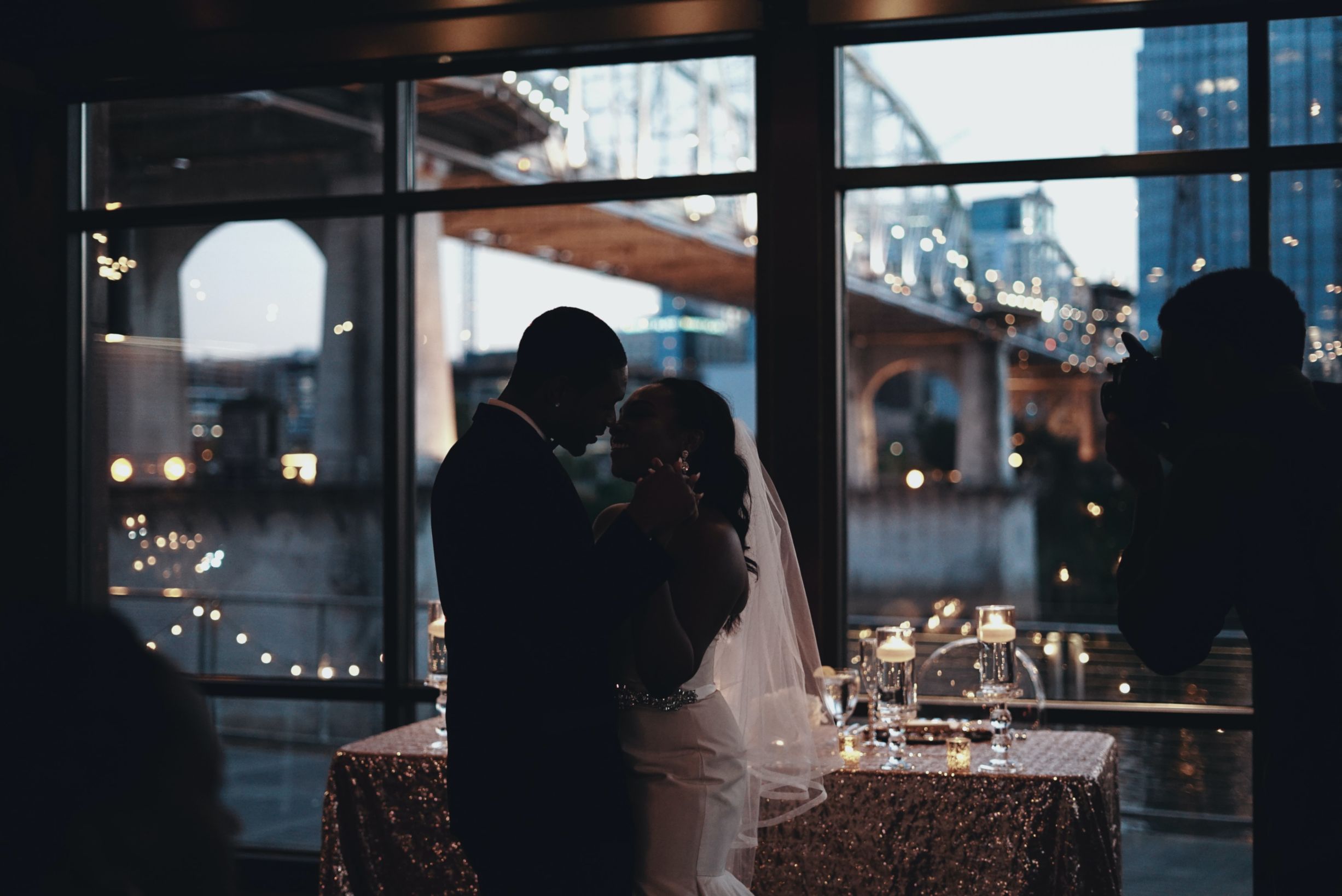 Then there are those who feel they were originally born in another era. Dressing up, sipping martinis, and looking like extras from Mad Men. For those who want to class up their first dance and appeal to their sophisticated side, these tracks are great options.

The Best is yet to come – Frank Sinatra

Nothing Can Change This Love – Sam Cooke

I Fall to Pieces – Patsy Cline

What a Wonderful World – Louis Armstrong

You Send Me – Sam Cooke

When a Man Loves a Woman – Percy Sledge 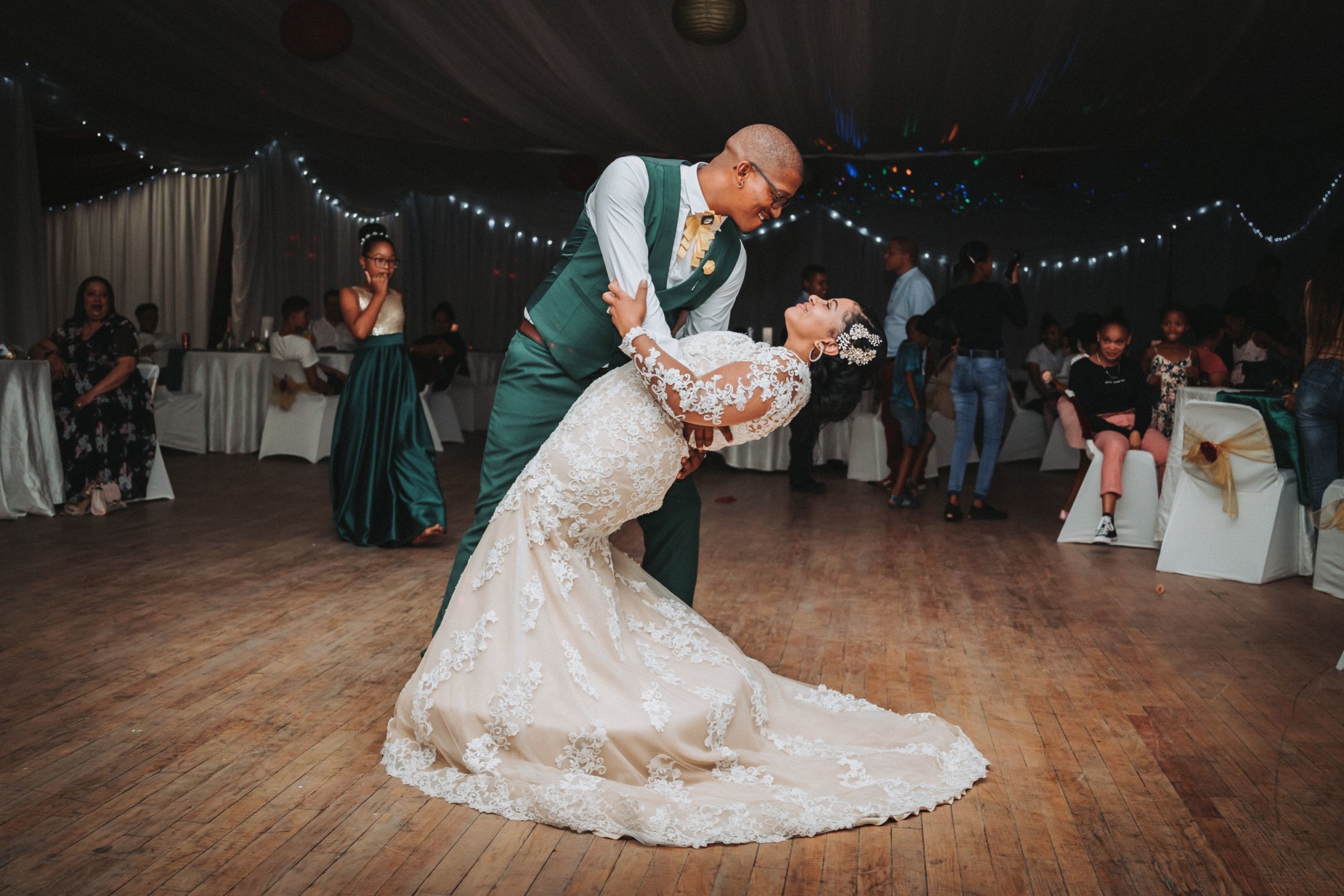 Every so often, we come across a couple who are really uninhibited. Very expressive and every moment is a party. They tend to be the ones who have a rehearsed routine for their first dance and this is the moment they want to shine. Here’s a few tracks where we’ve witnessed some fun and outrageous dance moves here in Toronto during the first dance.

Kiss Me – SixPence None The Richer

Dancing In The Moonlight – King Harvest

I’m a believer – The Monkees

This Will Be (An Everlasting Love) – Natalie Cole

Like we’ve mentioned in our opening, these lists are based on our experience DJing various weddings over a decade in Toronto. There are many songs that are chosen, but in Toronto, these are the songs (new and old) that are requested the most. The first dance song should always resonate with you and your partner regardless of how silly or serious the song is. It’s supposed to represent the bond you have. It’s YOUR song. There might be songs that you’ve heard at other weddings in Toronto that should be on this list. Let us know in the comments below. We’re always looking for new and old songs to suggest to clients. Generally, it’s the one song couples know, but like we’ve mentioned before, we’ve come across a few who didn’t know what their first song was going to be. If you’re in need of assistance in picking your first dance song, we would love to chat with you and discuss what song best suits you and your partner. Click here to connect with us.

If you’re looking for a DJ and you want to make your wedding and first dance a success, here are some pointers to keep in mind. If you are looking for a great wedding venue in Toronto, then we have your back. Here’s a list of Toronto wedding venues you should consider. 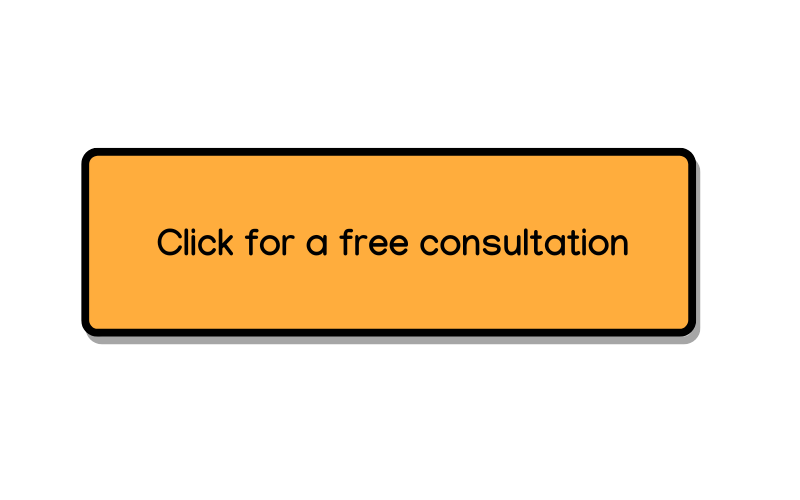 At Britton DJ Service, we have over a decade of wedding and event experience. We’ve played many of the venues in Toronto and around the GTA and know the A – Zs of events, especially weddings from the pre-ceremony to the end of the reception. Please feel free to contact us for a free consultation and let us take care of all your musical needs.